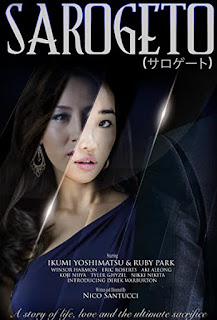 PARISIAN PALACE ON THE COVER OF VEGAS SEVEN MAGAZINE 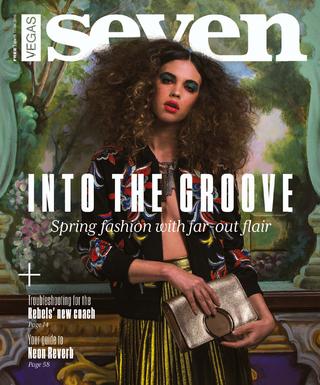 The Parisian Palace is a temple of gold-leaf decadence and serves as the perfect backdrop to the disco-fabulous fashion trends for spring 2016. Owned by Nico Santucci, a restaurateur and designer, this estate is one of Las Vegas’ most outrageous homes. Featured on dozens of television shows and films, including ABC’s The Bachelor, VH1’s Supergroup and DJ Afrojack’s music video “The Spark,” the rooms have hand-painted ceilings that took more than 10 years to complete. Built in 1949, the palace has been a work in progress for Santucci, who has added modern amenities such as an indoor Indonesian salt bath, an outdoor lagoon with grotto, a full-size Brunswick bowling alley, a nightclub and a movie theater.
Click here for the video! 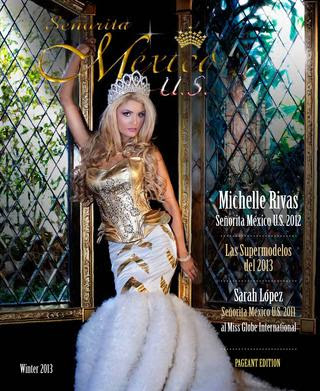 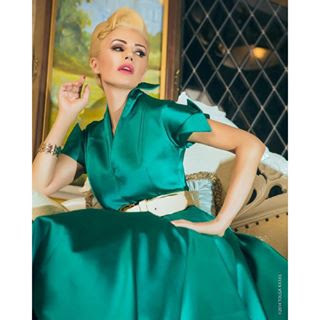 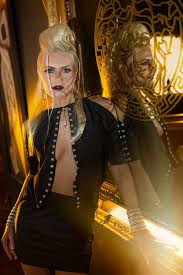 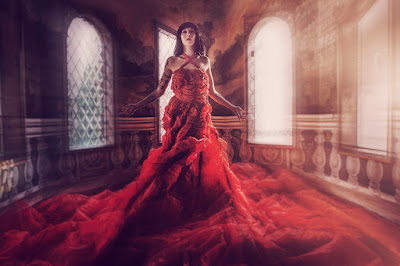 THERE WILL NEVER BE ANOTHER KERRY SIMON 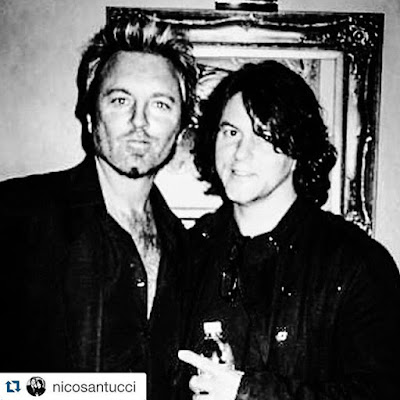 Upon waking this morning I was overwhelmed by the countless social media and press postings in memoriam of Kerry Simon. I cherished the wonderful memories from all of you. I suspect most of us feel the way I do that Kerry was my greatest friend in the world. I guess at the end of the day it's not simply me... he made all of us feel that special. Words cannot express my deepest thoughts as there are many spanning decades. Kerry was one of the most open, welcoming and vulnerable men I've ever been blessed to know. I can go on forever with examples that made him so incredibly unique and close to my heart, but instead I put together a collage of memories that are dear to me with a song of hope.... Kerry Simon will never be forgotten.

INTERVIEW FOR SPORTS PLUS CHICAGO 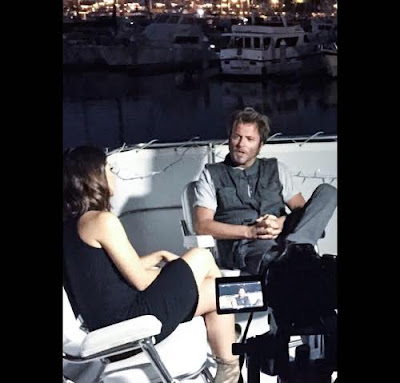 Nico had a great time talking about Bears & Boats for Sports Plus Chicago with Mayra Leal! 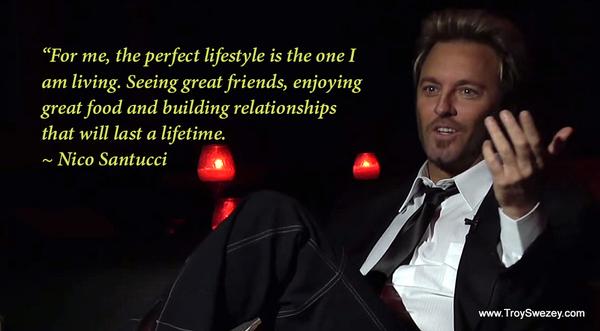 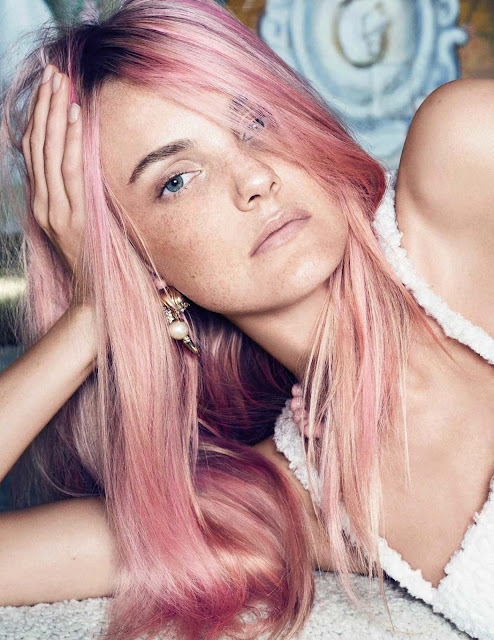 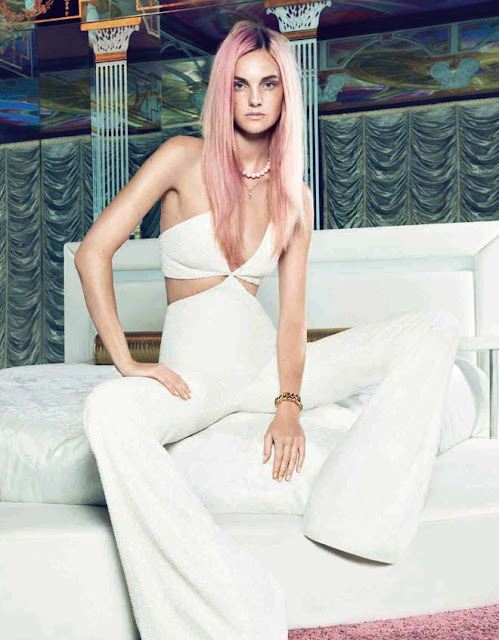 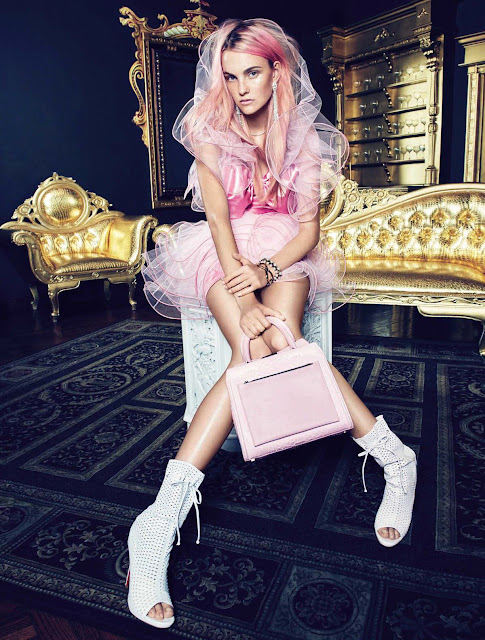 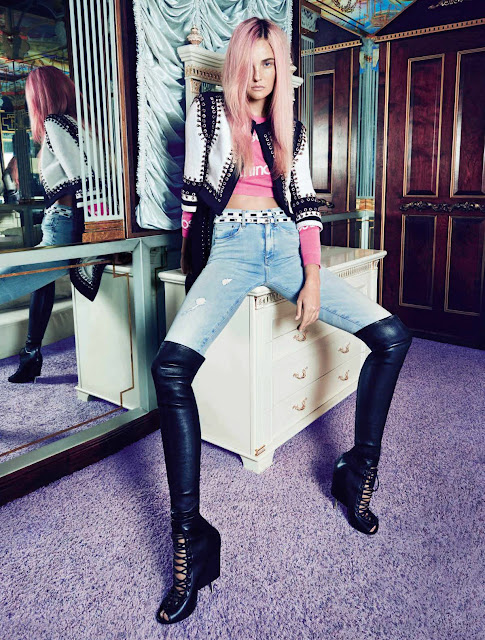 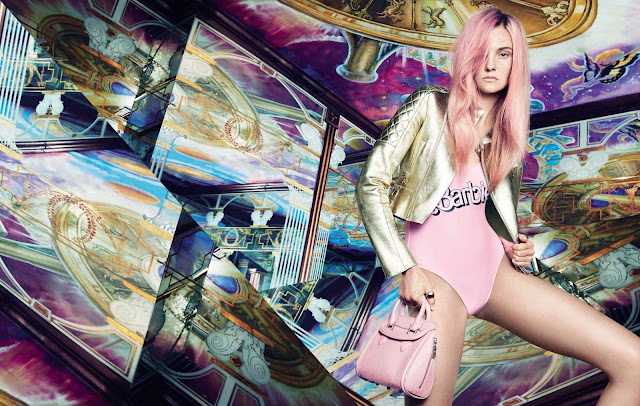 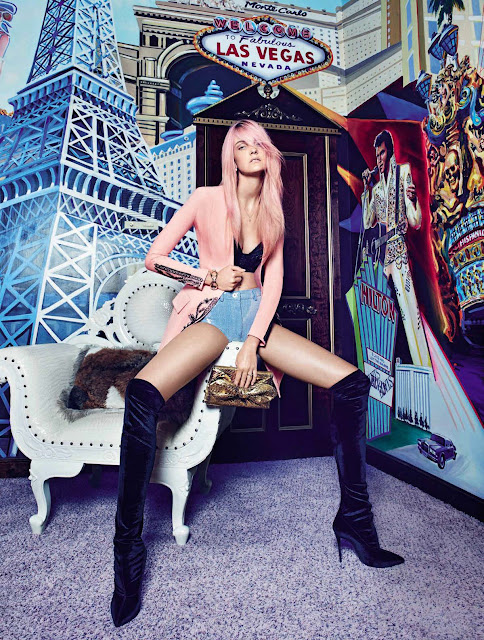 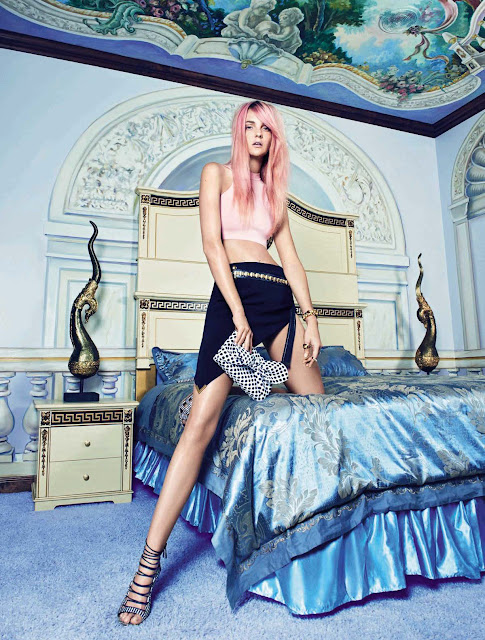 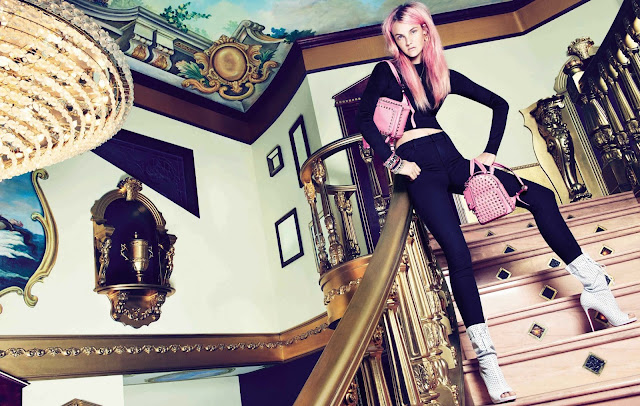 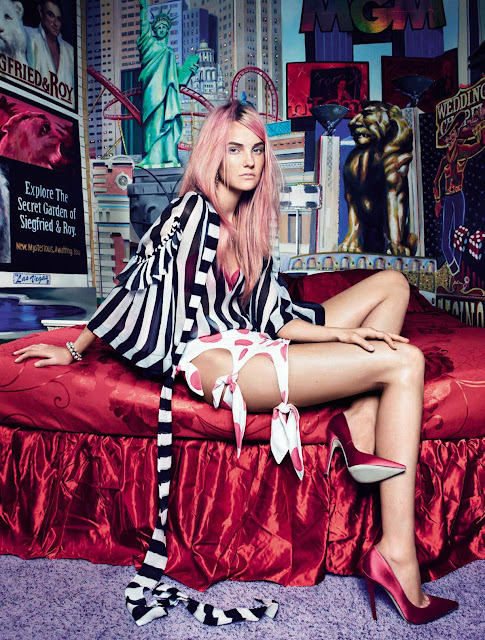 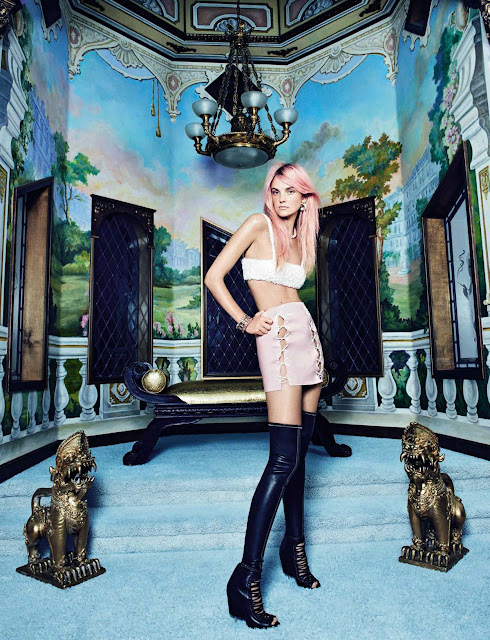 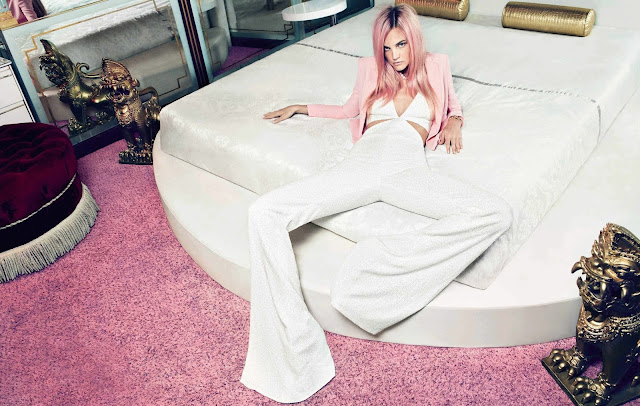 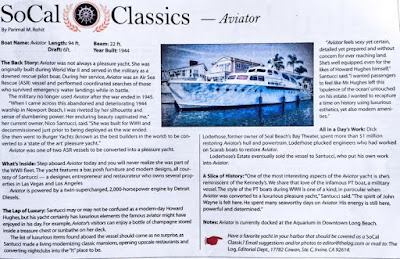 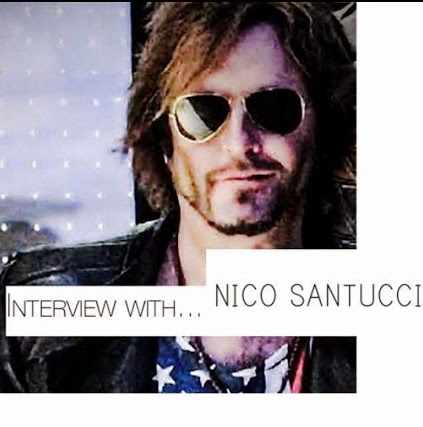 MESS: It is known your first successful entrepreneur endeavour was your taxi restoration project. I want to go back to your model days, it was the first taste you had of the industry after all! What were your favourite aspects of modeling?

NICO: I loved the fact that I could express myself on a runway or through a photograph and enjoyed the power that it allowed me through simply a physical expression. Although generally, I definitely felt outclassed in the modeling world as most of the guys were incredibly more handsome than myself. That’s what directed me to use my mind and get behind the camera – to become more creative as a designer / art director. My focus became creating an environment versus starring in the environment.

MESS: You’ve showed through your architectural and interior flair that you have a very creative mind. Were there any photo shoots that you did, or see, that have stood out in that aspect? Why?

NICO: Probably nothing as amazing as the Architectural Interior photo shoot at the incredible glass cottage that I restored in 2012 it was originally constructed by William Randolph Hearst decades ago for his "mistress" Marion Davies in Beverly Hills.

It is an incredible architectural piece and one of the most unique environments I've ever had the pleasure of restoring. It's all glass with a unibody steel frame that supports more than 12,000 lbs of glass.

One of the amazing elements of the Glass Cottage is the fact that it's placed within a wooded forest in the heart of Beverly Hills and the roof actually accordions open at 45° creating an entirely indoor outdoor experience. There wasn't a day I was at the cottage that I did not feel Mr. Hearst’s presence within the environment. It was a remarkable sensation and one that I felt honored to absorb during my time there. It was probably one of the most unforgettable experiences of my life!

MESS: Who are your most influential (and non traditional!) mentors you’ve had through out your life? Why?

NICO: I think one of the greatest influences on my design career has been Bucky Fuller, who was groundbreaking in his development of the geodesic dome -- a spherical dome made of equal parts that are assembled much like an erector set. I had the pleasure of constructing an enormous geodesic dome at a Beverly Hills mansion in 2009. It became the dramatic entry and center point which later became known as Mansion 11. Every day during the construction my lead foreman "Hoss" reminded me of him studying under Bucky, and I was honored to take part in something with his inspiration.

Geodesic domes have always been close to my heart based on their simplicity and remarkable appeal when within the sphere. There are many other designers who have inspired me but none as uniquely as Bucky Fuller. He was more of an inspiration than a mentor but nonetheless a great impact on the way I see design...

MESS: In many of your projects I've noticed you use key words that link them all, give it the definitive Nico feel: Sexy, Lost Art and History. Why are these qualities so important? How would you personally define them?

NICO: I think the Nico feel really embodies many things. I believe it's incredibly important to recognize timeless elements in almost all of my designs because objects that are timeless are often comfortable....they make us feel comforted by the fact that we recognize, have seen, felt or touched before and therefore it creates a comfortable environment.

History allows us something to talk about in an environment, something to potentially reminisce about and something to communicate about with our guests or clients...

Sexy is often intangible but very palatable in many of the environments that I create.
Sexy is about fearlessness in design that provokes the imagination of people who experience it. Combined with an eclectic, timeless space to allow people to feel comfortable while provoking their senses of what could be....

MESS: With all the projects you have going on your still searching for new ones! The motivation and drive you have is pretty incredible. Unfortunately because there are only 24 hours in the day it isn’t enough to give all the personal touch. You’ve stated in other interviews that you get rid of the projects that aren’t appealing anymore. How do you decide which ones to stop working on? When do you know its time to let go?

NICO: It’s been my experience that some of the smaller projects can often take up as much or more time than the grandest projects, so unless it embodies something that the world will recognize, many of the smaller projects end up on the cut list. I make an effort not to do things just for the money. It's absolutely about the love and I'm very blessed to be in this position...

MESS: There seems to be nothing creatively that you can not make lucrative! What is your ultimate goal?

NICO: The beauty of being creative is that the process is lucrative in itself and any monetary rewards are simply cause and effect of the project. I see myself spending more time growing spiritually and internally and less time doing things for monetary compensation, the true reward is the enjoyment I get out of each project.  I definitely see going around the world on the Aviator motoryacht I recently completed as one of the culminations of a childhood dream that has come to life...

Article via MESS Magazine May 2015. 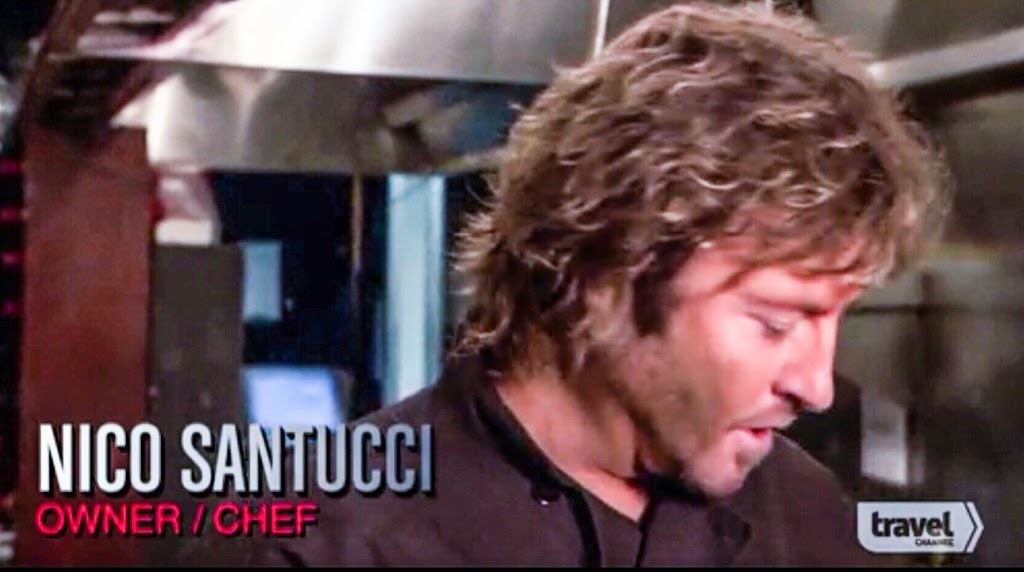 At Capo's in Las Vegas, those in the know don't send back the leftovers.

Adam samples Capo's meatballs, made from a Capone (as in Al) family recipe.

You never know who you’ll wind up meeting on social media these days. I was lucky enough to discover Nico and his work. What started out as a conversation he prompted with me about a potential work project turned into me interviewing him for this feature.
Although, I must admit being a woman, his rugged Italian-American good looks drew me in and had me crushing there for a moment. 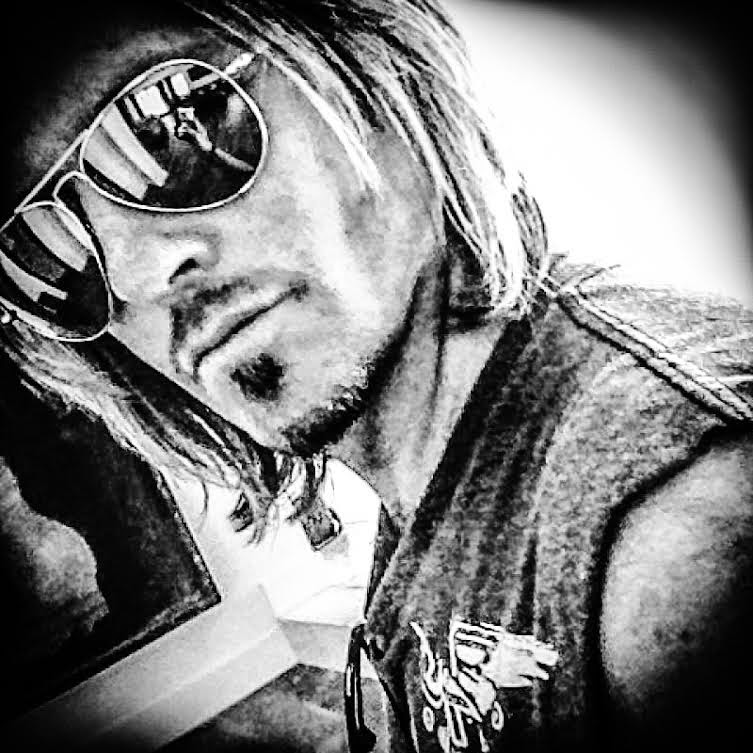 Of course curious to know more about his background and work, I started snooping to find out more and discovered the treasure. His works of art captivated my full attention. Mural ceilings, chandeliers galore and real motorcycles as art in the foyer are just plain OMG.

Nico has a signature of luxury and chic creations. All the while creating an over the top seductive ambience, making all his designs a special and an unforgettable experience. His design creations are provocative with glamour and elegance throughout, yet edgy, with class and couture extravagance. You know those rooms you walk in and you can’t seem to get enough of, plush and decadent in every detail.

His creations are all conversation pieces, offering over the top opulence the discriminating connoisseur of luxury demands. I don’t think he believes in the word “NO” and seems to make everything happen in his personal and professional life. Whatever he dreams, he can create…..My kind of guy!

From turning old mansions he’s renovated into luxe, silk-lined paradises, to the yacht he restored and his mob-themed restaurant. He is a man with a vision and execution. His entrepreneurship started at an early age and he has built a brand and a legacy with his Back Door Global Real Estate Development and lifestyle company that headquarters in Los Angeles.

Nico also owns the popular Capo’s restaurant and bar in Las Vegas. Capo’s is trademarked as the speakeasy mob-themed restaurant. Next time your there, you have to check it out.
If you only live once, while settle for anything less, clearly seems to be the motto he lives by.
The A-list celebrity client list, his not telling, his lips are sealed to confidentiality agreements.

To reflect upon his history and learn more about what shaped his career, I asked him the following questions where he generously answered all of them.

READ ALL THE QUESTIONS & ANSWERS IN THE ARTICLE HERE!

Thank you very much to Anicia Bragg for her creative, clever & well written article.

An amazing high class charity event for the typhoon victims in Philippines was held at Château Chanel.
The Event was organized by Miss Philippines USA and Black Door Global. Glitz and glamour filled the air at the Chateau Chanel...
READ THE FULL ARTICLE

THE DEBUT OF AVIATOR YACHT IN LUXE MAGAZINE 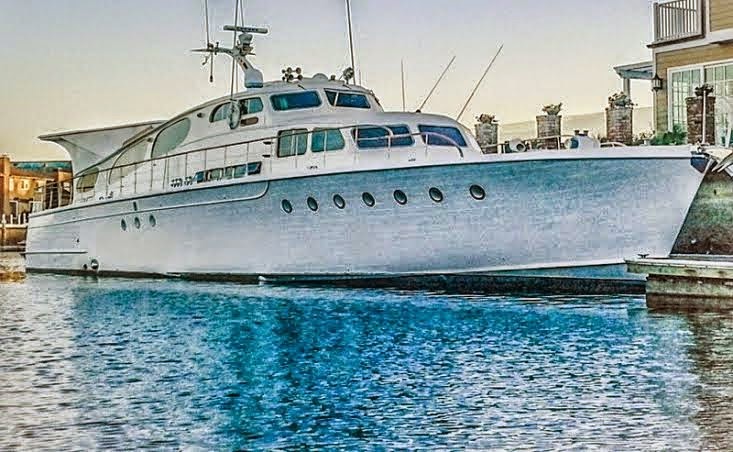 After spending nearly a year in Los Angeles restoring THE most challenging project of Nico's life, the "AVIATOR" was revealed to the world today in Luxe Magazine..... 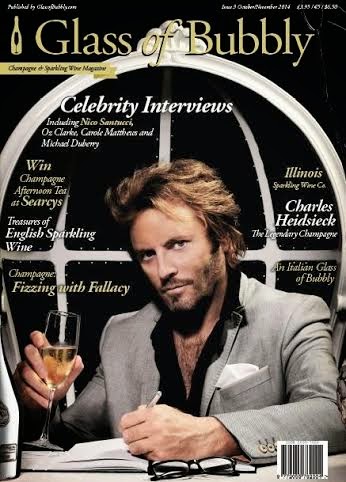 Fuzzy interview Nico did for a cool luxury magazine in LONDON landed him on the October issue cover.... Wait! Where's Kate? Thank you Eve, your team was amazing at putting this together! And thank you Mella, for dealing with the round the clock insanity!!

A GLIMPSE OF THE SALON... 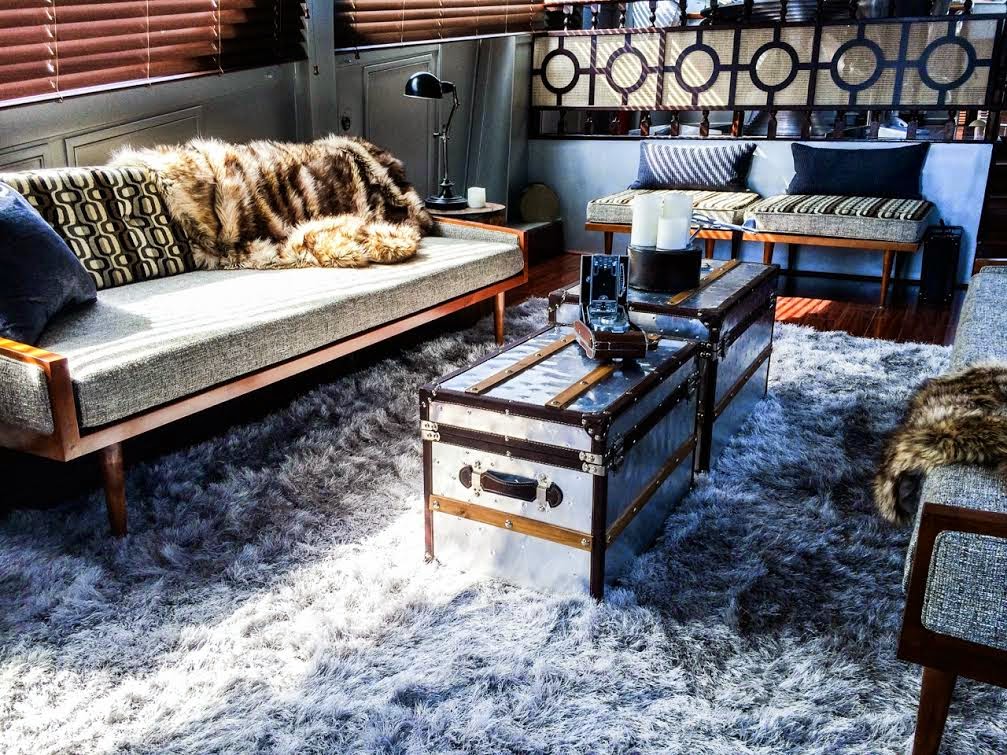 The renovations by Nico in the WW2 yacht restoration project continue each and every moment...this is 80% complete. 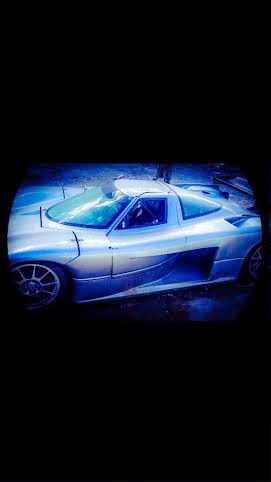 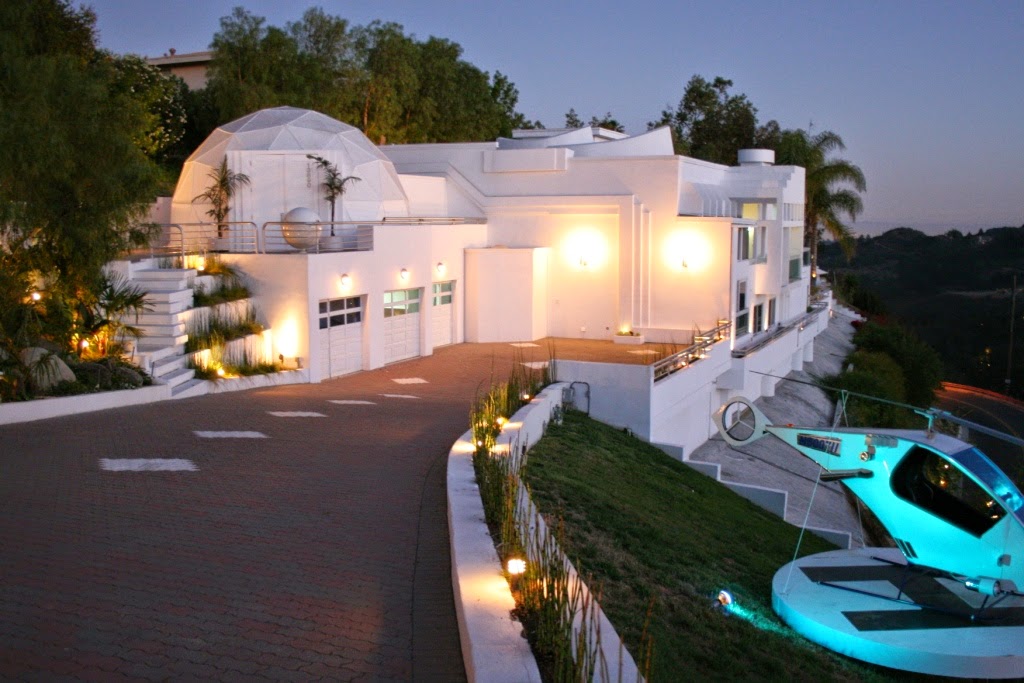 KTLA featured it as "over the top living" in Beverly Hills as it was just yards away from the offshore racing boat in the Olympic sized pool. 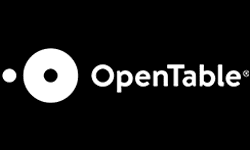